Portland Oregon-The Shelter Continuity Project is including tiny houses on wheels, shelters, group living, outreach and engagement, and outdated codes and regulations as a means to address the increasing homeless crisis.  Among the goals are to create more safe shelters and a variety of options for affordable housing.

The Shelter to Housing Continuum (S2HC) project addresses the urgent need to provide more options for those who are homeless – or could potentially experience homelessness – and facilitates transitions to permanent housing for housing-vulnerable Portlanders.

The proposed amendments to the City code would allow needed emergency shelters, day storage, and hygiene facilities, transitional living facilities, and stable housing for individuals and households with extremely low incomes. It would also improve how the regulatory environment affects for-profit, nonprofit, and public sector shelter and housing providers.

The proposals fall into four categories:

These FAQs address important topics about the project and the overall proposal.

What is this project about?

The project changes a variety of City codes to help partner agencies (the City-County Joint Office of Homeless Services, Housing Bureau, Bureau of Development Services) and nonprofits (e.g., Central City Concern) provide safe and decent shelter and more affordable housing for those in need during this crisis of homelessness.

Why is this project happening so fast?

What is the difference between “shelter” and “housing”?

Shelter is a community service provided by government agencies or nonprofit corporations to help people experiencing homelessness. A “host” provides shelter and services to a “guest” or “client,” who is supported as they transition to housing.

Housing is residency established under a landlord-to-tenant relationship or by ownership. The zoning code categorizes housing as residential use and shelters as a community service use.

What is considered a “dwelling unit”?

A dwelling unit is a building or a portion of a building that has independent living facilities, including provisions for sleeping, cooking, and sanitation (a bedroom, kitchen, and bathroom).

What are “allowed uses” and “conditional uses”?

Why does the project eliminate the regulation about the number of people allowed to live in a dwelling unit?

How does this project relate to the City’s inclusionary housing rules that require a percentage of affordable units in new apartments and condominiums?

Will shelters be allowed in parks and open space zones? Why or why not?

The current proposal does not allow for shelters to be permanently located in open space zones. This is because:

What are the three shelter types and how do they differ?

Where will these new outdoor shelters be allowed?

Will this project allow people to continue to camp in parks and on sidewalks and along streets?

No. Informal camping remains prohibited, but this prohibition has not been strictly enforced during the COVID-19 emergency. It is unkind to direct campers to leave parks, sidewalks and roadsides unless there is another place they can safely shelter. This project provides more sanctioned alternatives to informal camping.

Why not allow any vacant lot or empty building to be used for shelter?

Many vacant lots and buildings will qualify as shelter sites. But sheltering on any site requires the permission of the landowner, including public landowners like the City of Portland.

Many schools are empty and could provide shelter space; have you considered using those spaces?

Schools are expected to open again in 2021, and this project is about longer-term allowances for shelters. On a temporary basis, vacant school buildings could be used for shelters for up to 180 days, with permission of the school board.

Instead of increasing allowances for shelters, why doesn’t the City build more affordable housing?

The City is doing both. Shelter is a “front door” to services that help transition people to housing. This continuum strategy allows more options for the City to meet people experiencing homelessness or housing insecurity where they are and begin a transition to stable housing. In the meantime, City and Metro bond money is being used to build more affordable housing.

What is group living and how is it different from houses or apartments that are rented?

What is the difference between group living and single room occupancy living?

The proposed code no longer employs the term “single room occupancy” – or SRO – because it is just a subset or form of group living. Group living is also allowed in buildings that function as apartment buildings, but residents have their own bedrooms and may share bathrooms or kitchens.

Why is there a cap of 3,500 square feet of floor area that applies only to group living? 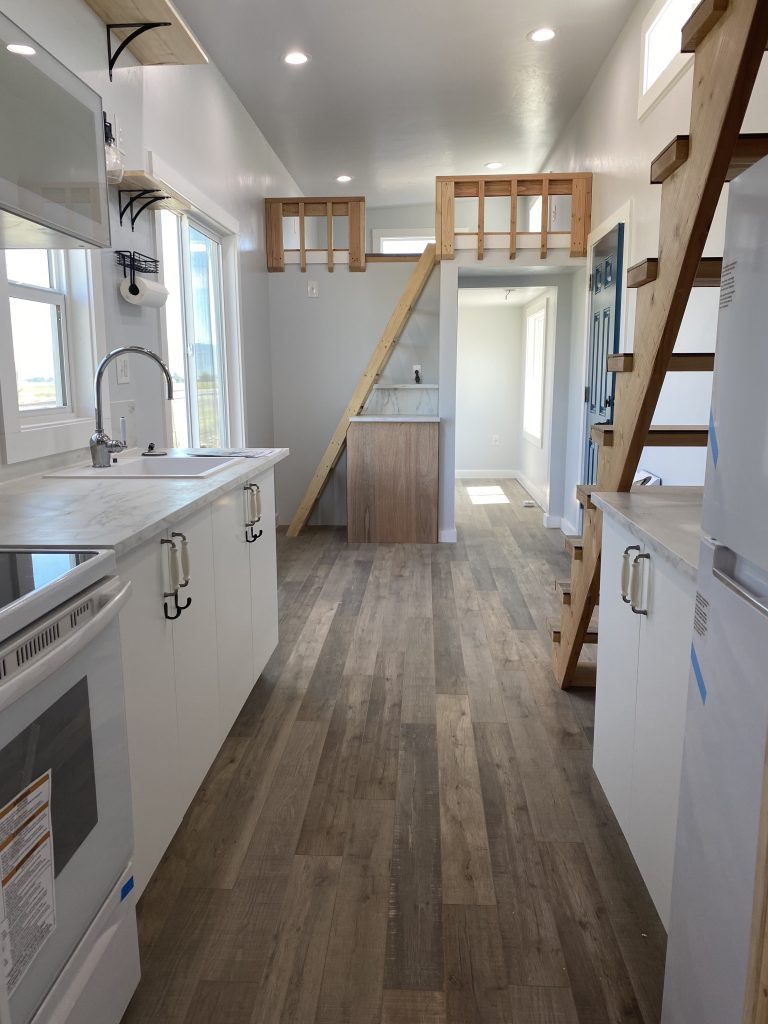 What are recreational vehicles and tiny houses on wheels?

They are vehicles, not buildings. The term is used to refer to campers, motor homes, vacation trailers and fifth-wheel trailers. Tiny homes on wheels and park model recreational vehicles are also included. These are small homes built on a trailer, using a campsite style hook up for water, electricity and sewer. Vehicles are regulated by the Oregon Department of Transportation’s Motor Vehicles Division and are not subject to state and city building codes. The current City code prohibits residential occupancy of vehicles, but enforcement of this prohibition is de-emphasized pending a decision on whether to loosen the prohibition.

Where will recreational vehicles and tiny houses on wheels be allowed?

One recreational vehicle or tiny house on wheels will be allowed on a residential lot as a replacement of an allowed accessory dwelling unit, provided it meets certain industry construction standards. This allowance:

Why only one recreational vehicle or tiny house on wheels per residential lot?

This one per lot limit does not apply to recreational vehicles and tiny houses on wheels in manufactured home parks.

How will utilities be provided to RVs and tiny houses on wheels?

The proposed code requires that a campground-style utility hookup be installed, with a plug for electricity and connections to City water and sewer. 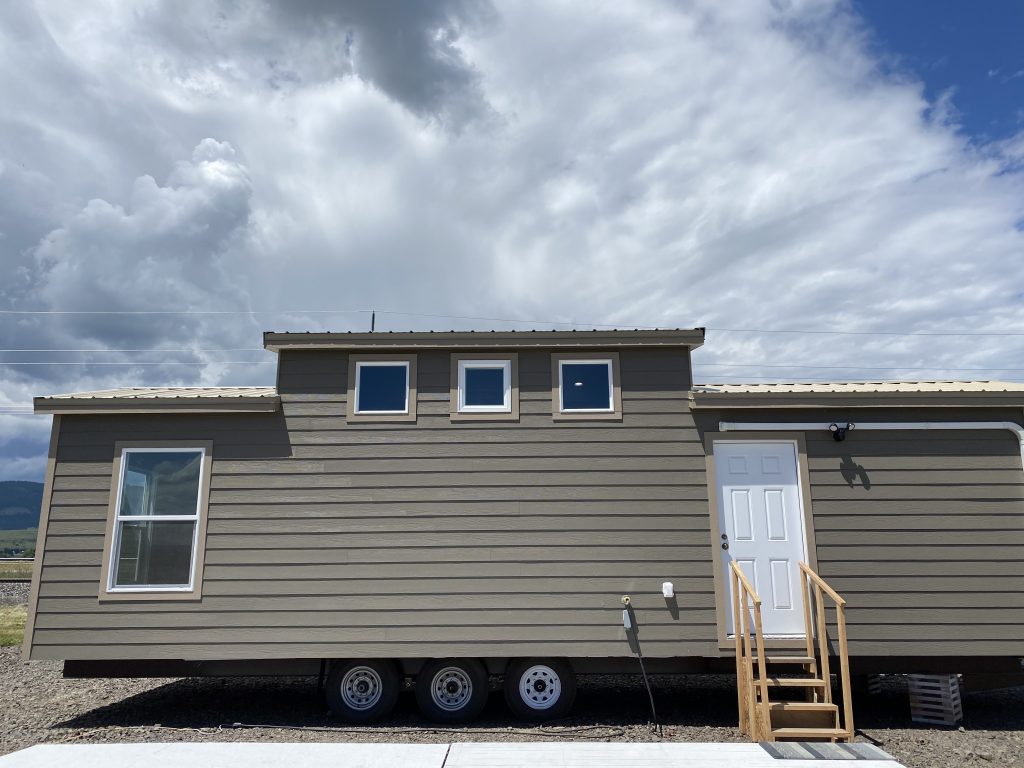 What City codes other than the Portland Zoning Code are addressed in this project?

Who are the project partner agencies?

How was the public engaged before public hearings began?

How do the changes in the proposed draft of the regulations respond to comments made on the earlier draft?

The Proposed Draft incorporates comments by:

The Proposed Draft does not incorporate comments requesting:

About the Shelter to Housing Continuum Project 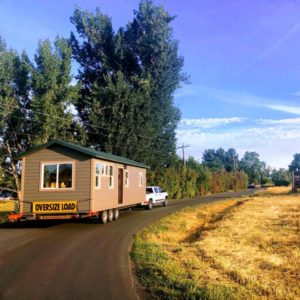